Voiding A Colorado Marriage By Annullment

If you are considering getting a divorce from your legal spouse or an annulment, it is important to speak with an attorney who can help you understand your rights and options.

Acceptable Grounds For Declaration of Invalidity in Colorado

In Colorado, there are several legal grounds for requesting a declaration of invalidity from your legal spouse. These include:

– That the marriage was not entered into in good faith

– That the marriage is incestuous

– That the marriage is void because it violates public policy

If you believe that your marriage falls into one of these categories, it is important to speak with an experienced Colorado family law attorney to discuss your options. A declaration of invalidity can provide a number of benefits, including the ability to end the marriage and receive a divorce, as well as the ability to divide property and child custody arrangements in a way that is favorable to you.

Requesting A Declaration of Invalidity In Colorado

After you file the petition, the court will schedule a hearing. At the hearing, both you and the other party will have an opportunity to present evidence and arguments to the court. The court will then make a determination on whether or not the marriage is invalid.

If the court decides that the marriage is invalid, it will issue a declaration of invalidity. This declaration will make the marriage between you and the other party null and void, and will have the same effect as a divorce. You will then be able to move on with your life and establish new legal arrangements for yourself and your children.

If you are considering requesting a declaration of invalidity in Colorado, it is important to speak with an experienced family law attorney. An attorney can help you understand the grounds for requesting a declaration of invalidity, as well as the process to get one. They can also provide guidance on how to best protect your interests during the hearing.

Voiding A Marriage In Colorado

If you are considering getting a divorce in Colorado, it is important to understand the difference between a void and an invalid marriage. A void marriage is automatically terminated, while an invalid marriage can still be terminated through a divorce. If you are unsure of whether your marriage is void or invalid, you should speak to an Colorado family law attorney who can help you determine your best course of action.

Annulments in Colorado are not the same as in other states. An annulment, formally known as a “Dissolution of Marriage” is a lawful declaration that effectively declares that marriage with your legal spouse has been dissolved by mistake, fraud or neglect. 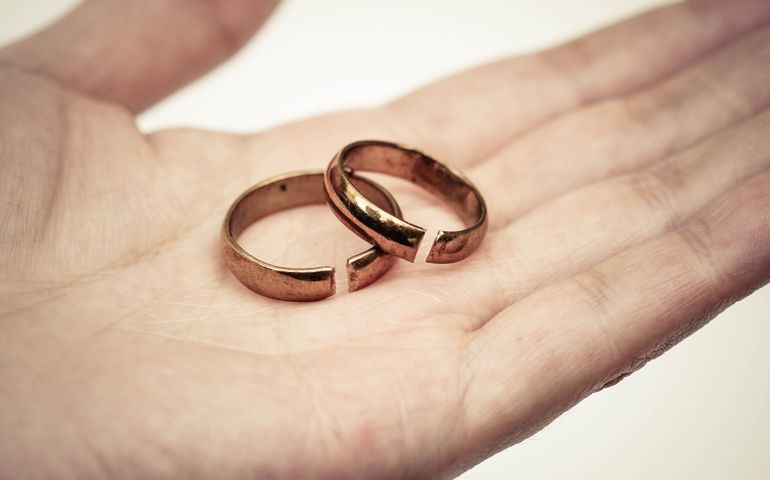 While an annulment may result in the same result as a divorce (both of which end the existing marriage), annulments differ from divorces in that they declare that no valid marriage ever existed (rather than declaring that one marriage has ended).

If two Colorado residents married in accordance with the state law and one of them was later proved to be legally incompetent, they can petition for an annulment. The district court will listen to their request and determine if the marriage was entered into voluntarily dissolved upon the individuals’ failure to act in a reasonable way.

After the courts determine that the parties entered into the marriage unwillingly, and that the failure to dissolve the marriage didn’t result in the individuals’ incapacitation, they will issue the annulment. Other states may have differing grounds on which to grant or deny annulments. In addition to the common grounds mentioned above, Colorado statutory law  will allow an annulment for a variety of other grounds.

These grounds can be based on a variety of factors. Some of these factors include age (if the marriage-initiated parties were younger than eighteen when they entered into the marriage, they can get an annulment), residency within the state, the previous residence of the parties in the state, and many other reasons.

Although it can be difficult to determine what the grounds are for a given case, Colorado family lawyers can help their clients understand their position within Colorado statutory law, and if the case will qualify for an annulment. There are many gray areas in between reasons, as well, and a Colorado Springs annulment lawyer will be able to better explain these grounds and the laws that will apply to their client’s case.

Some people mistakenly believe that annulments only come about when there has been a sexual union or sexual intercourse between the two parties. Sexual relations and sexual intercourse with the other party do not always require a formal marriage to become legal.

For example, consenting adults who engage in a one-night stand will likely not meet the legal requirements for a valid divorce proceeding. However, they can still apply for legal separation. Again, a Colorado legal services expert will be able to explain the difference and discuss related issues such as child support.

Some states and courts have defined what annulments really are. However, this is not true everywhere. In fact, some legal separation and annulments will have different standards of validity depending on where you and the other party are located. A family law attorney can inform clients of whether or not they are eligible for legal separation in their state.

Many couples in other states live in what is called “paradise land”. In Colorado, a separate marriage license is granted when one of the parties is legally separated and neither party is deemed to have committed adultery in the first place. This is referred to as a “paradise separation” and is considered a valid form of Colorado divorce.

In other states and courthouses, annulments and divorces have very different standards for their validation. A good Colorado legal services advisor will know which jurisdictions will give the same type of invalidity for their clients.

However, a Colorado divorce lawyer can inform clients about the differences so that they can decide which process they wish to proceed through. They may also be able to recommend a course of action in-between states or counties that will have more consideration of how divorce affects children, particularly in child custody and child support cases. In some cases, annulments cannot be finalized unless one of the parties is under a mental health evaluation.

There are a number of different reasons why a couple may seek an annulment in Colorado. They may want their names removed from the marriage certificate to avoid future difficulties or they may be looking for a way out of a marriage that involves fraud or duress.

Whatever the reason, it is important to understand that annulments cannot be processed unless there was fraud or duress. The process will only be initiated if the couple filed for an annulment within three years of the filing of the lawsuit. Under Colorado law, an annulment cannot be granted until the annuitant has proven the validity of his or her claims. Contact the Colorado legal services experts at Moran & Associates Family law for a free consultation about the options you and the other party can take in this situation.